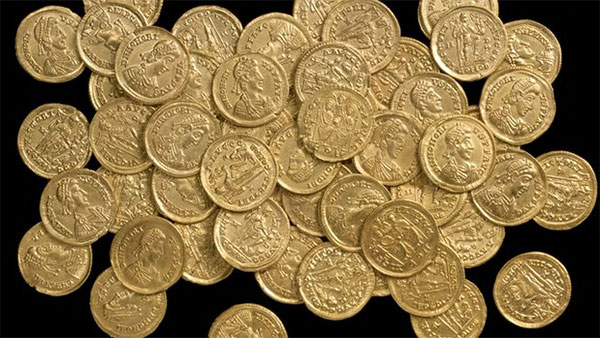 Most metal detecting hobbyists dream of it and some invest many fruitless hours in searching for history's treasures that are buried in the ground, but one man actually found a cache of Roman coins worth about £100,000 (about $156,000 U.S. dollars) - within 20 minutes of first using a metal detector.

Wesley Carrington, a British man, used his freshly brought metal detector in a field near St. Albans in Hertfordshire, England, and found a spoon and a half penny soon after. After digging down several inches, he uncovered the first gold Roman coin out of a hoard that was full of them.

On the first night, he unearthed 55 coins and only stopped because of the fading light. He soon returned with a group of experts and uncovered 104 more coins. The hoard is believed to be one of the largest of Roman coins in England and is "an exciting find of national significance."