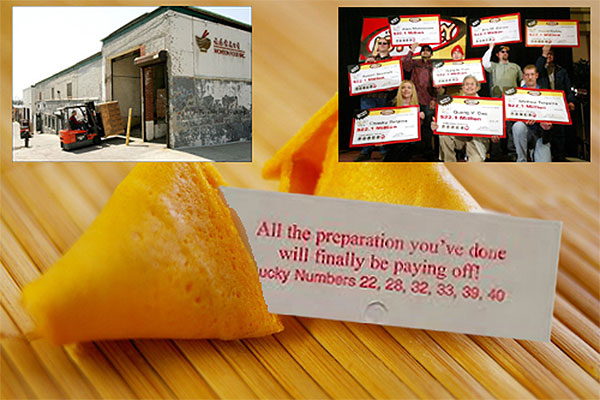 The Powerball is a popular US-based lottery game.

Due to the amount of winners, it was suspected that fraud was in play, or that there was at least an error with the reporting. However, this was not the case.

After an investigation, it was deemed coincidence and the payouts were made because the numbers weren't exact, none of the Wonton Food employees had played the numbers, and the nearest state with Powerball was Connecticut.

The fortune on the cookie read: "All the preparation you've done will finally be paying off."