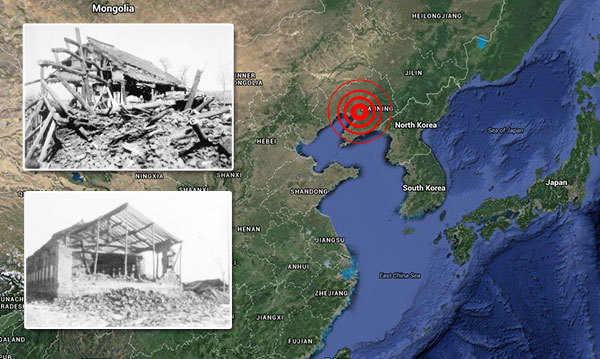 Earthquakes are almost impossible to predict. This has lead governments to focus on damage prevention by building flexible buildings and training the population on what to do during a seismic event.

Animals, however, may have a 'sixth sense' for this kind of natural disaster.

Just prior to the 1975 earthquake in Haicheng, dogs and other animals began to emit weird, anxious behavior. Being in a part of the world that's prone to earthquakes, and with the aforementioned whisper that animals have a sense for these things, authorities raised the alarm and ordered the evacuation of 90,000 residents.

Only hours later, a 7.3 magnitude earthquake leveled almost all of the city to ruins. Since then, animals have been the focus of studies to understand the nature of animals' apparent sixth sense for earthquakes.

The 1975 Haicheng earthquake wasn't the first instance of unusual animal behavior prior to an earthquake. In Greece in 373 BC, many animals reacted to an impending earthquake. Dogs howled, and rats, weasels, snakes, and centipedes fled to safety several days before the earthquake struck.

Nowadays, especially in China and Japan, animals are considered an integral part in predicting an impending earthquake.