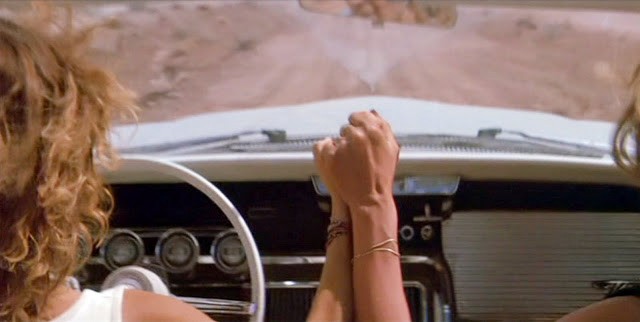 Incarceration was no boundary for the love between Ronald McIntosh and his girlfriend, Samantha Dorinda Lopez.

While serving a sentence in Federal prison for wire fraud, Ronald McIntosh, who was 42 at the time, struck up a romance with Ms. Lopez, 37, who was working in the business office of the prison. She was serving a fifty-year sentence for abetting a bank robbery in Georgia and would have been eligible for parole in five years time..

McIntosh, who was a veteran helicopter pilot and mechanic who served in Vietnam, escaped incarceration during a transfer to Lompoc prison.

A month later, he returned to the prison at which Lopez was being held in a stolen helicopter in a fashion that's reminiscent of the great escapes seen only in movies. He landed it in the compound of the medium-security prison and, reunited with his lover, they both escaped.

Unfortunately for them, they were arrested 10 days later when they went to a shopping center in Sacramento to pick up wedding rings.

McIntosh, who was due to be released the next year, was found guilty of air piracy and helping Lopez to escape. Lopez was convincted of escape.