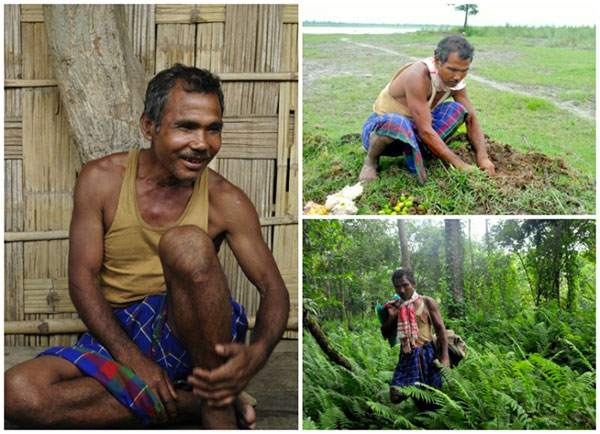 It was 1979 when Jadav Payeng came across snakes that had succumbed to the searing heat of the Indian Sun. Washed to the tree-less sandbar by floodwaters, the snakes died from dehydration after failing to find cover.

That is when Payeng took it upon himself to plant around 20 bamboo seedlings in the same area. The habit, it seems, caught on, and he continued to plant trees for years to come.

When the social forestry division of the Golaghat district initiated a scheme to plant trees, he joined the labour force who worked on an area of 200 hectares for 5 years. After their work was complete, Payeng remained, tending to the plants and continuing to grow the forest, little by little.

The area became known as the Molai Forest, named after Payeng's nickname "Molai," and became home to Bengal Tigers, Indian rhinos, over 100 deer, rabbits, apes, and a variety of birds. A large herd of around 100 elephants also visits the forest on a regular basis.

Authorities only became aware of the substantial forest in 2008, when officials went in search of a herd of elephants and much to their surprise, found that they had fled into a large forest that they hadn't previously been aware of.

Since then, local officials regularly visit the forest and even protect the wildlife from poachers.

Today, Payeng takes residency in the forest, living happily in a small hut with his wife and three children.