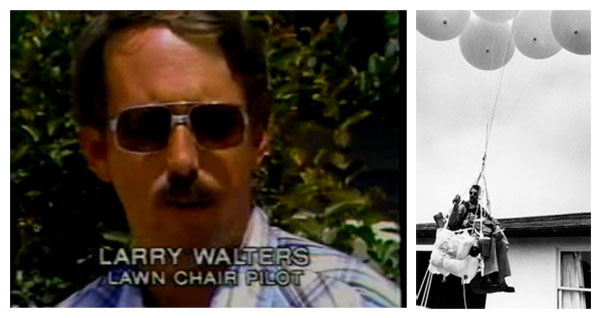 Lawrence Richard Walters was just an ordinary American truck driver. That was until he endeavored to reach for the sky with only a chair and several dozen balloons.

Earning himself the nicknames "Lawnchair Larry" and "Lawn Chair Pilot," he took flight on July 2, 1982 in his homemade 'aircraft'.

The flying machine, dubbed Inspiration I, consisted of a standard patio chair with 45 helium-filled weather balloons attached to it. Walters rose to an altitude of over 15,000 feet (4,600 m) and floated from his point of origin in San Pedro, California into controlled airspace near Los Angeles International Airport. His flight became famous and made headlines in many media outlets.