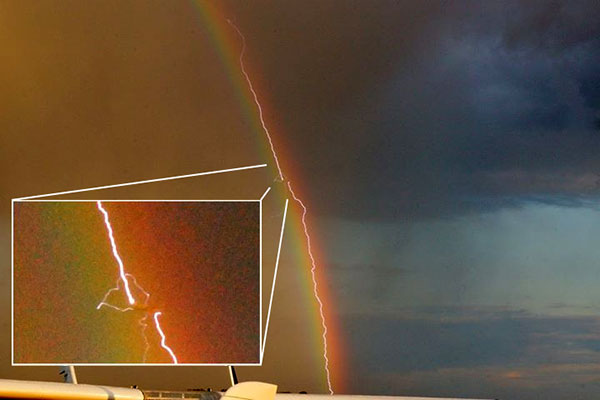 In 2014, German photorapher Bark Mobius captured a one-in-a-million photograph of a plane being hit by a lightning strike as it ostensibly flew through a rainbow as it prepared to land at a German airport.

Lightning strikes on aircraft are not uncommon as the planes' metal bodies make them vulnerable to strikes. The majority of strikes go unnoticed to passengers and, thankfully, they do not affect the operation of modern aircraft.

Scientific American reported that each commercial plane in the U.S. experiences at least one lightning strike per year.

However, the actual likelihood of a photographer capturing a picture of a plane being struck by lighting is very low - not to mention one that's also in front of a rainbow. Amazing!