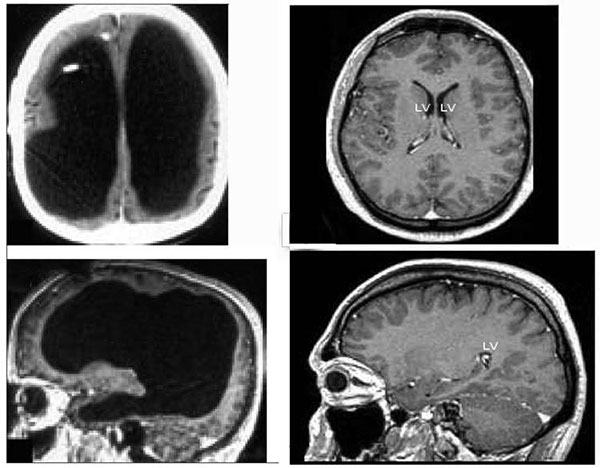 In 2007, an unusual medical case was reported when a man, who had attended hospital after experiencing minor weakness in his left leg, was found to have an unusually tiny brain. What's more unusual is that he was more or less normal and functional.

The neurologist handling the case, Lionel Feuillet, at the Mediterranean University in Marseille, France, told NewScientist that "visually, it is more than a 50% to 75% reduction".

Clues regarding the cause of the condition were found from the man's childhood, when he had a stent fitted to alleviate hydrocephalus - or water on the brain. The stent was removed when he was 14.

It's a logical assumption that his childhood condition continued to affect the man's brain after the stent was removed, slowly filling over time. Slow enough that the brain was able to remap itself in an amazing display of the brain's adaptability, which enabled him to live a normal life.

The man was said to be married and had two children.

His IQ was reported to be 75, which is below the average of 100, but not low enough to be deemed mentally retarded or disabled.