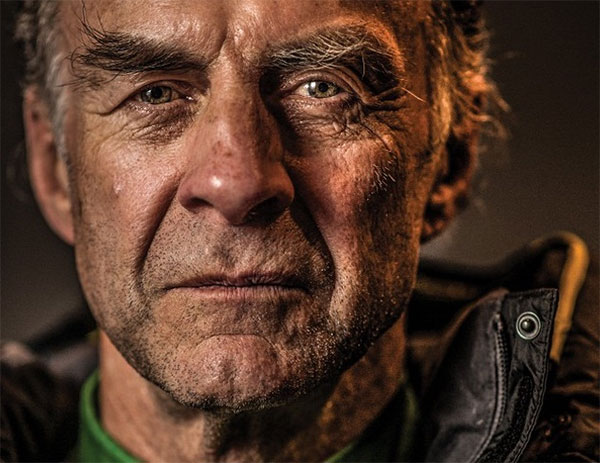 There are certain goals that the world’s greatest explorers share; some wish to climb Mount Everest, others wish to visit every continent and see everything the world has to offer, and others wish to discover new lands much like the explorers of old. The thought of achieving all of these goals may seem impossible to many, but for one 72 year old British man, these are all simply a part of a day’s work.

World-renowned adventurer and writer Sir Ranulph Fiennes was born in the United Kingdom in 1944, during the peak of World War II. He is known for leading the very first north to south surface circumnavigation of the world, and was the first person to reach Antarctica by surface routes only. His father died during World War II, and he grew up largely without a farther in the home. He moved in with his grandmother in 1947, taking him all the way from Europe to South Africa at just 3 years old. In 1954, Fiennes returned to England and attended college at just 13 years old; he then left school to join the Special Air Services years later, but was dismissed during training in 1966.

After his time in the military, Fiennes began to pursue his dream of exploration, and led his very first expedition up the White Nile River. This journey began in Sudan and ended in southern Uganda near the famous Lake Victoria. Not long after the success of this expedition, he married his long-time sweetheart, who helped him with his future journeys until her death in 2004. The pair set off on their historic Transglobe Expedition in the year 1972; they left from Greenwich, England in September of 1979, and travelled southward until they reached Antarctica in January of 1980, making them the first people to ever travel to the south pole by land and sea only.

While Fiennes is quite a notable figure due to his expeditions and discovers, he is also considered to be one of the world’s best endurance runners – in fact, he ran 7 marathons on 7 consecutive days in 7 continents, making him the only person in history to do so. As Fiennes began to age, he never stopped slowing down and seeking new adventures, even after having a heart attack in 2003. While some may see a heart attack as a reason to slow down, Fiennes had no such belief. After having and recovering from bypass surgery, Fiennes set off on a new adventure – to climb Mount Everest. He tried several times but failed due to his heart condition, but in 2009 successfully made it to the great peak’s summit, making him the oldest Briton in history to make the climb.

Strangely enough, there is more to Fiennes story than marathons and adventure; in fact, he’s known for hacking off his own frostbitten fingers with a power tool when he needed to! During an expedition on-foot to the North Pole in 2000, Fiennes sleds fell through thin ice, and had to be pulled out by hand. Exposure to the intense cold of the northern waters led to severe frostbite on his fingertips, and amputation was necessary. Fiennes sought medical help, but the doctor wanted him to wait so long for the operation that the pain itself drove the explorer to cut them off with a fretsaw.