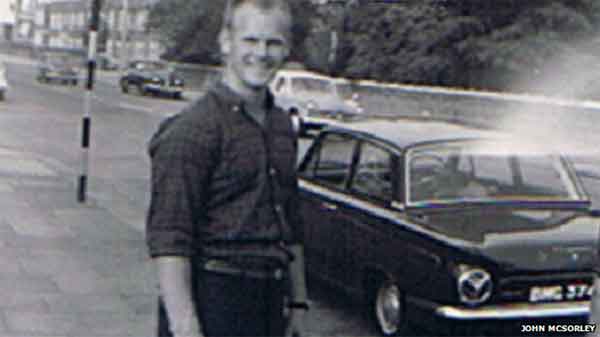 In the 1960s, Australian national Red Spiers was a talented javelin thrower who was headed for the Tokyo Olympics. However, an unfortunate accident all but dismissed his chances of attending.

Stranded in London and over the other side of the world from his family, Spiers was financially broken and desperate to return home to see his daughter's birthday, so he decided to post himself via air freight in a wooden crate that his friend had helped build.

The crate was 5ft x 3ft x 2.5ft, which enabled Spiers to sit up with straight legs or laid back with his knees bent. It contained fixed straps to hold him in place throughout the bumpy journey.

The journey took three days and saw Spiers endure India's sweltering heat after a delay left his crate in the searing sunlight at Bombay's airport.

When he reached his destination in Perth, Australia, he managed to escape the airport with surprising ease and flag down a taxi.

His undertaking had only become public after his concerned friend in London, who he'd not informed of his safe arrival, had contacted the media in a bid to find out what had become of his friend. The news became a national sensation in Australia.

And indeed, he did make it back in time for his daughter's birthday.