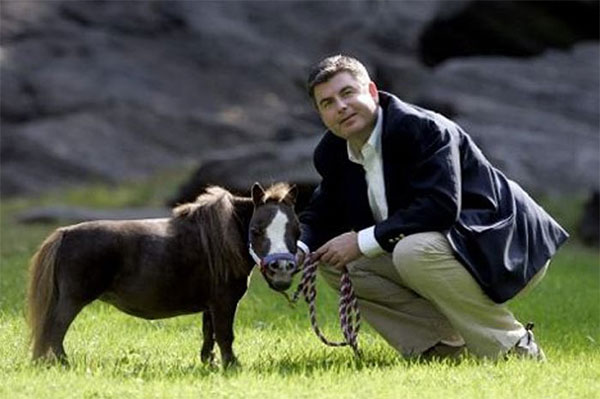 When you think about horses, you think about large and strong animals. Most horses have the ability to carry your weight and are even taller than some humans. However, it is impossible not to be amazed when you take a look at Thumbelina. Thumbelina is a horse with a size that might surprise you. Instead of being overtly large, Thumbelina is actually shockingly small. She is known as the smallest horse in the world. Instead of being a champion show jumper, Thumbelina has recognition for not standing more than 17 inches tall. It is true that Thumbelina can barely jump over even a small stool. This is the one horse that looks surprisingly similar in size to a dog.

Being different in any way is what can help get you recognized. Thumbelina might be incredibly small for a horse, but this helped her to earn her way into the Guinness book of World Records. It took a few years for Thumbelina’s owners to realize that she was actually not going to get any bigger. This is when she was recorded as the smallest horse. She is a miniature horse, but she is even small for miniature horses. She is a horse that was born in the United States and came from a horse farm that is known for breeding miniature horses. Most miniature horses grow to be about 35 inches in height and normally weigh over 200 pounds when they grow to full size, but Thumbelina does not come close to these numbers at all.

Even though she was expected to grow to be bigger than she has become, it was clear early on that she was going to be small. The numbers from when she was born are a bit staggering. Thumbelina only weighed 8 pounds when she was born and now has only grown to be about 60 pounds. It is believed that her small size is due to dwarfism. This means that she is actually a smaller version of a miniature, which is why Thumbelina is so extraordinarily small in size.

Even though Thumbelina is small in size, she is still very active and acts like a normal horse. She is not able to jump fences or saddle people around, but she is a horse that many people want to see. Taking in her small size in person is a huge attraction for horse lovers. She really is one of a kind.