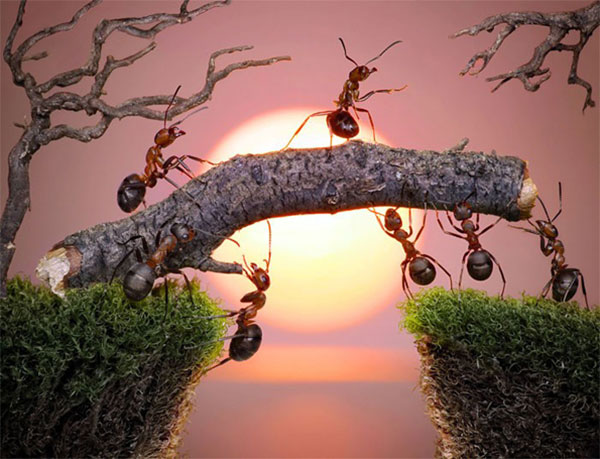 Ants are amazing creatures that have have evolved to such perfection that they've essentially conquored the world beneath our feet.

One of the most notable qualities of the ant is how well they function in a colony, some of which hold millions of ants - the largest being the supercolony in Hokkaido, Japan, that had an estimated 306 million worker ants.

Adding to their social uniqueness in the insect world, it seems that about two days after an ant dies, it gives off a unique odor that informs the other ants of its demise. Until then, the other ants simply ignore the corpse. However, once that "I'm dead" odor is released and telegraphed, the dead ant is picked up and carried to the ant graveyard.

The scientist who noticed this behavior was able to isolate the "I'm dead" odor. It's oleic acid. The rascal placed a drop of oleic acid on an unsuspecting live ant, and voila, that ant was whisked away to the ant graveyard. Kicking and screaming (so to speak) all the way. This kept happening until the ant was able to wash off the "I'm dead" aroma.