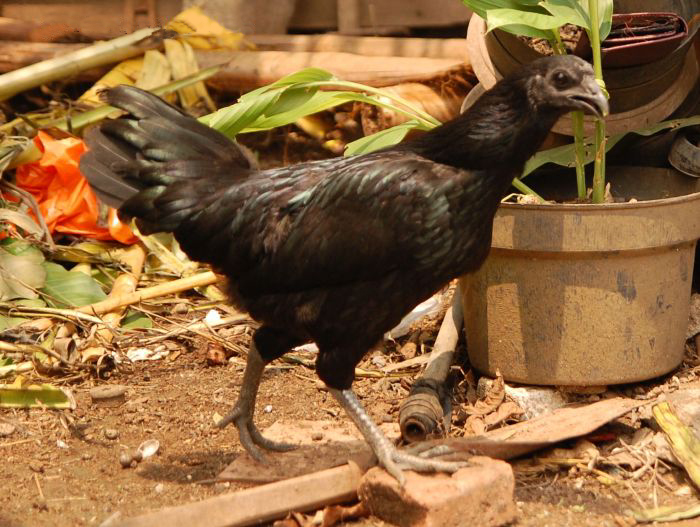 Originating on the island of Java, Indonesia, Ayam Cemani is a breed of chicken that's almost completely black.

Their beak, tongue, comb and wattle, and even their meat, bones, and organs appear black.

Their blood, however, is reportedly normal-colored.

This extreme black coloration is caused by excessive pigmentation of the bird's tissues, which is caused by fibromelanosis, a genetic condition. The dominant gene that causes the condition can also be found in other black fowl breeds.

Ayam Cemani chickens are widely available in Indonesia, and can be found in French markets being sold for a price that's set depending on their size and the darkness of their meat and body. They reportedly sell for between $50 to $2,500. The Indonesian King breed is the most expensive, costing up to $2,500.