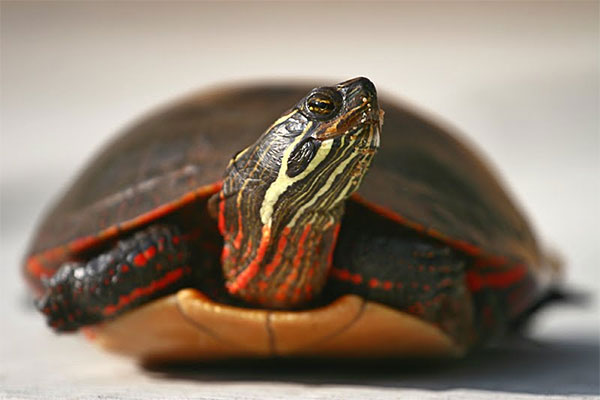 One of the stranger attributes to be found in the animal kingdom can be found in various kinds of turtle, such as the Australian Fitzroy river turtle and North American eastern painted turtle, that are able to breathe air through their butts if they so desire.

Both of these species are able to breathe through either end. Scientists who placed food coloring in the turtle's tank water found that they were taking in water from both ends, and sometimes from the butt only.

The turtle's rear end - called a cloaca - isn't an anus per se, because it's also used for urinating and egg laying, as well as pooping.

Scientists speculate that the turtles choose to use their butt for breathing because, during hibernation when some bodily processes go anaerobic, including muscle movement, lactic acid may build up. Too much acid isn't good for the body.

Butt breathing alleviates the taxation on the body that only oral breathing would have if done alone. This is because of blood vessel-lined sacs that lay next to the cloaca, which allows oxygen to easily diffuse through the blood vessels while keeping lactic acid levels down.