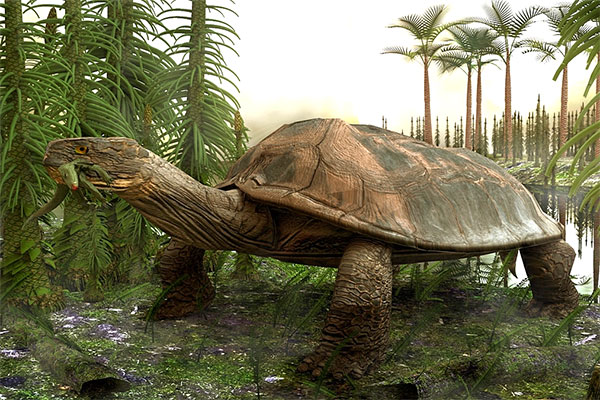 After the extinction of the dinosaurs, other genus of animals took off from where the dinosaurs left. This included not only the space that they once filled, but also their massive proportions.

Known as Carbonemys, it appeared about 5 million years after the decline of the dinosaurs, a new species of turtle evolved that was so large and had jaws so powerful, it could have eaten a crocodile.

It weighed about a ton and measured in at around 8 to 10-feet-long, making it the size of a small car. It also had powerful jaws that would have enabled it to eat comparably-sized animals. Paleontologists speculate that this could have included crocodiles.

They lived in the same South American habitat and around the same time as the massive one-ton prehistoric snake, Titanoboa.

The Carbonemys was first discovered in 2005 when a 60-million-year-old fossil was discovered in a Columbian coal mine by a North Carolina student called Edwin Cadena.