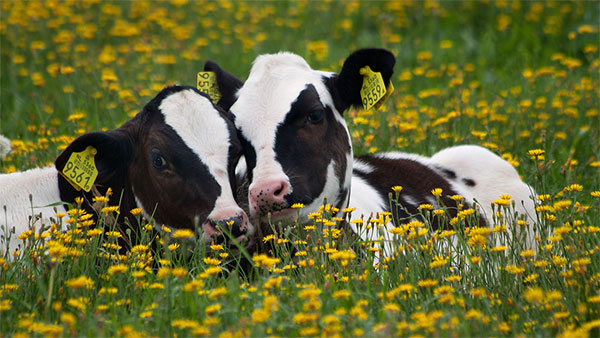 Most of us see cows in fields as part of the agriculture of the countryside, but did you know that the cows have best friends?

According to Krista McLennan, a scientist who made the discovery while working on her PhD, cows have best friends in the herd and actually become stressed if they become separated.

As part of the study, cows were put in a pen on their own, with their 'best friend' or with another cow that they didn't know. She took measurements of the cows heart rates and cortisol levels to monitor how stressed the cows were coping in different situations.

"When heifers have their preferred partner with them, their stress levels in terms of their heart rates are reduced compared with if they were with a random individual," Ms McLennan told the Daily Mail.

"If we can encourage farmers to keep an eye out for those cows which like to keep their friends with them, it could have some real benefits, such as improving their milk yields and reducing stress for the animals, which is very important for their welfare."