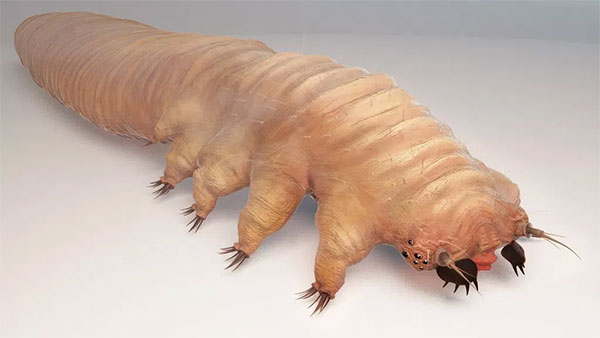 You're never alone, it seems - even when there's no one around - for it's true that millions of microscopic organisms that live on (and in) your face. Bacteria, viruses, and even animals can be found all over your body.

Don't worry - by animals, I don't mean that a squirrel is about to emerge from the depths of your ear, but tiny mites such as the tiny Demodex do in fact inhabit the skin of almost all humans.

Part of the arachnid family, they're eight-legged mites, with their closest relatives being spiders and ticks. There are sixty-five known species of Demodex mite, but only two species can be found on the human skin: Demodex folliculorum and Demodex brevis. Folliculorum can be found in pores and hairfollicles. Brevis prefers nestling in the depths of your oily sebaceous glands

They're usually harmless and a part of the balanced microbiome that pretty much all living things have on them. They usually do not cause harm, but if an overgrowth or sensitivity occurs, then symptoms can include facial sores and redness. Research suggests they may have a role in some forms of acne.

We inherit them sometime after birth, with the likelihood of being a carrier increasing with age. A study found that 70% of participants who were aged 18 carried them, whereas all adults over 18 carried them. Different studies have thrown similar figures, but all declare with certainty that they are extremely common.