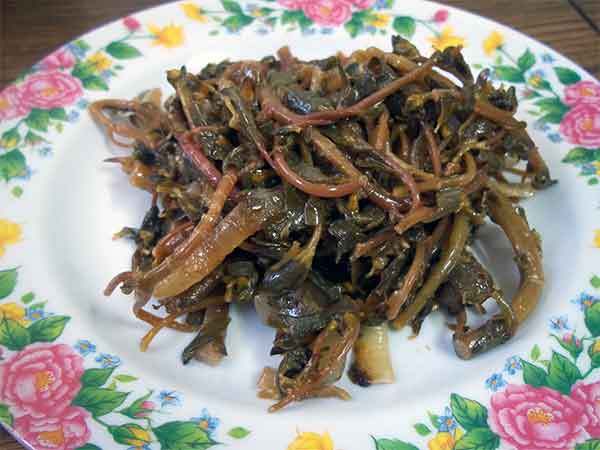 Earthworms can be found in abundance under the ground everywhere and it's not unusual to see them above ground, too. After all, there can be up to 1.75 million worms in the ground per acre.

Just like other bugs, it's hard to contemplate eating them, but as it turns out, they're actually pretty good for you. They're 82% protein and essentially, nothing is wasted. Because of they contain the healthy fatty acid, Omega-3, they also aid in reducing cholesterol and improving joint and brain function.

There's a wide range of dishes that earthworms can be served with, including "earthworm saute," "deep fried earthworms," "earthworm meatloaf," and tons more. In fact, you can pretty much put them in anything.

Reportedly, they go best with cumin and curry. but also go well with desserts, like the "earthworm applesauce surprise cake" featured in the reference below.

It's recommended that anyone wanting to eat earthworms pick them from healthy living conditions, such as an uncontaminated field. The best way to have clean earthworms is to rear them in captive, so you know what goes into them.