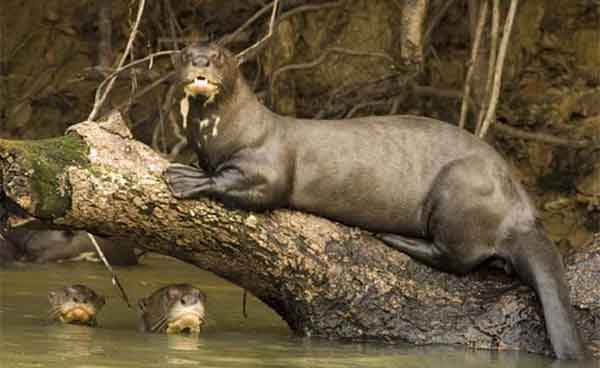 Otter species can be found throughout the world, but none are more terrifying than the South American giant river otter.

They're well equipped to handle the challenges of the remote rainforests of South America; sporting sharp teeth, powerful jaws, and an incredibly strong tail.

Growing up to six feet in length, these large predators tend hunt alone or in formidable groups. They've even capable of taking on caimans (see video below,) which are closely related to alligators and crocodiles.

The giant river otter is distributed among three river systems in the South American rainforests: Amazon, Orinoco, and La Plata.

They live in family groups and make homes by burrowing into banks or underneath fallen logs - around which they will define territory and aggresively defend.