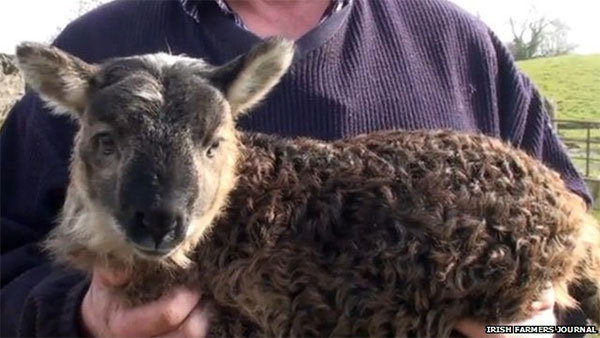 Even though sheep and goats sometimes live in close proximity and are closely related, inter-breeding very rarely takes place. The two animals are separated by different genera, both belonging to the subfamily Caprinae.

There was one case in Botswana, in 2000, when a male sheep mated with a female goat that subsequently gave birth to a live geep. It reportedly had a coarse outer coat, a wolly inner coat, legs like a goat, and a body built like a sheep. It was said to have a hyperactive libido, attempting to breed with both ewes and does, despite being infertile.

Over the years, there have been a number of other cases.

One such other was in May 2011 when a healthy, fertile geep was born in the Netherlands and went on to give birth to healthy offspring. Another, named Butterfly, was born on July 27, 2014, at My Petting Zoo in Scottsdale, Arizona.

'Geep' is also the name for a goat-sheep chimera, which is artificially produced when the embryos of the two animals are combined.