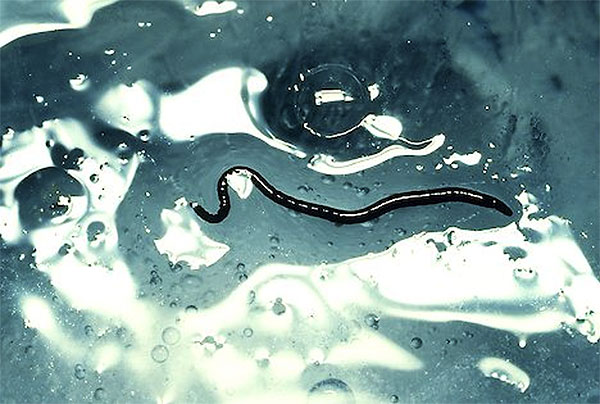 Since humans began discovering microscopic organisms, they've discovered life at the very edges of what we thought was possible - even space! One such extremeophile, the tardigrade, was discovered to survive the vacuum of space.

Then there's Pyrococcus furiosus, a microbe that enjoys life at boiling point around geothermally-heated marine sediments.

However, there's another to add to the list of extremeophile life forms, and that's a type of worm that lives in glacial ice: the ice worm.

Unlike the other life forms mentioned, ice worms are actually visible to the naked eye, appearing as little black, blue, or white wriggly worms that are approximately a few centimeters long - about the size of a small baby earthworm.

These worms are much more hardcore than the humble earthworm, living in ice and surviving freezing temperatures. However, if exposed to temperatures above 40°F (about 4.4°C) they'll actually melt and liquefy.

They're found in glaciers in North America, mainly Alaska, Washington, Oregon, and British Columbia. They have not been found in other glacial regions around the world.