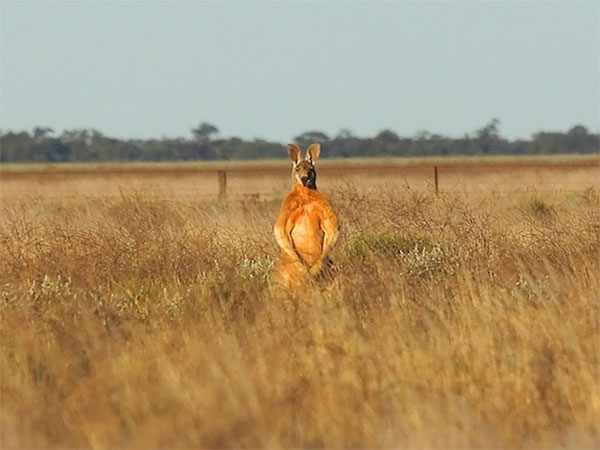 It's common to see men flexing their muscles to impress women as a part of dating satire. It turns out, however, that we're not the only species to do so, as kangaroos have a habit of doing the same thing for pretty much the same reason.

Research that has been published in the Biological Journal of the Linnean Society suggests that male kangaroos strike muscle-tensing poses that show off their arm muscle prowess.

Similar to behavior observed in human males at a bar, kangaroos also use their arms to wrestle rivals when in competition.

According to Ellen Adamcewicz, a kangaroo expert, this behavior might mean an "additional advantage from either females finding big forelimbs sexy or alternatively the males which win the right to access the females are then strong enough to overpower any unwilling female."