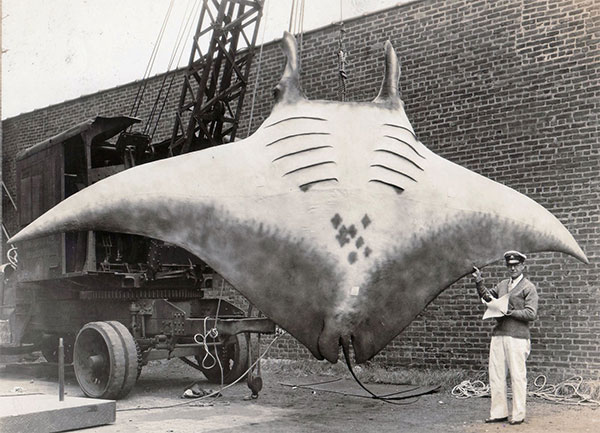 Yup, the manta ray in the picture is indeed real.

Caught in 1933, it weighed a whopping 5,000 pounds and measured in at over 20 foot in width. It was caught by Captain A.L. Kahn who was angling 7 miles off the coast of Brielle, New Jersey, when the monstrously-proportioned manta became entangled in the anchor line.

It reportedly almost took out Kahn's fishing boat and the coast guard had to be called. Twenty-two shots were fired from a rifle before it was towed back to the marina in Brielle.

Giant Manta Rays are found throughout the world's warmer oceans and are generally placid creatures, surviving by eating plankton.