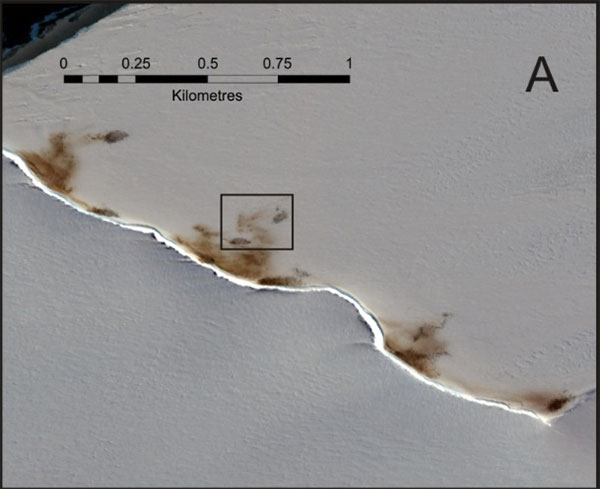 In the wild, penguins live only in the southern hemisphere, most notably in Antarctica. Because of the continents harsh climate and terrain, locating penguin colonies is, understandably, quite difficult.

However, according to National Geographic, researchers are using an ingenious way of finding colonies of the emperor penguin, the biggest of all the penguins, by searching for the tell-tale sign of the penguins: their poop stains on the white snow.

The colour of the snowy ice makes it easy to distinguish where the emperor penguins have been habitating, as their excrement leaves stains the floor and makes them stand out - even from space. The penguins live in large colonies and stay in the same place for eight months of the year, so the ice evidently gets dirty with reddish-brown streaks on the otherwise colorless ice.

Overall, scientists were able to accurately locate 38 penguin colonies across the continent by using this method of looking for brown patches. It also aided in tracking colonies that had moved from their previously-known locations.