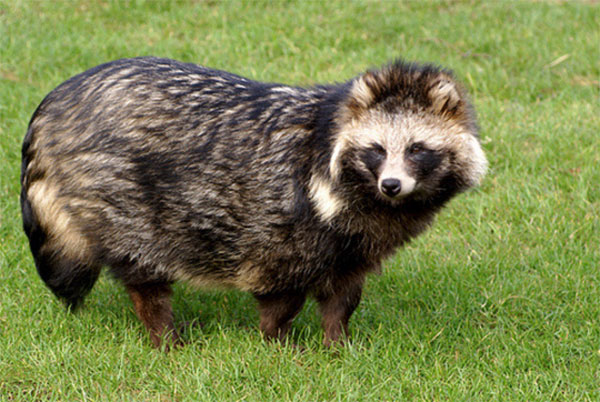 Strikingly similar to the raccoon in terms of shape, size, and general appearance, the raccoon dog is in actual fact a member of the dog family.

The raccoon dog's scientific name, nyctereutes procyonoides, translates to "night wanderer," which refers to their nocturnal habits - although they are also active during the day.

They can be found in their native Eastern Asia, as well as Eastern Europe, where they were introduced into the western USSR. In Europe, it is now considered an invasive species.

The outside appearance of the raccoon dog is very much like a raccoon, but it sits comfortably in the canine family and simply evolved similar characteristics to the raccoon. Experts consider the raccoon dog one of the earliest known species that other dog species evolved from.

Interestingly, it has a skull that shows a strong resemblance to the South American fox. Despite this, they're not closely related.