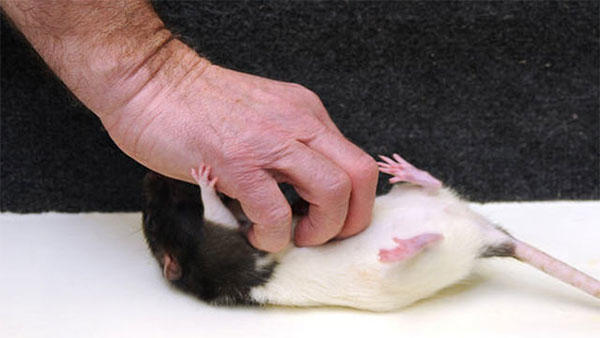 The kind of tickle response that features laughter is called gargalesis - and in the animal kingdom, it's a rare thing. Only humans and our close primate relatives have been observed doing it. Until recently, that is.

Researchers have found that rats also exhibit the laughter response to tickling. Scientists at the Washington State University have spent the last decade gathering significant evidence that rats "laugh" when tickled.

They found that when the rats are tickled in sensitive areas, they let off a high-pitched chirp which is akin to human laughter and seems to signify joy. The rats, known for being playful creatures, ran through mazes and chose levers that they knew would give a reward in the form of a good tickle.