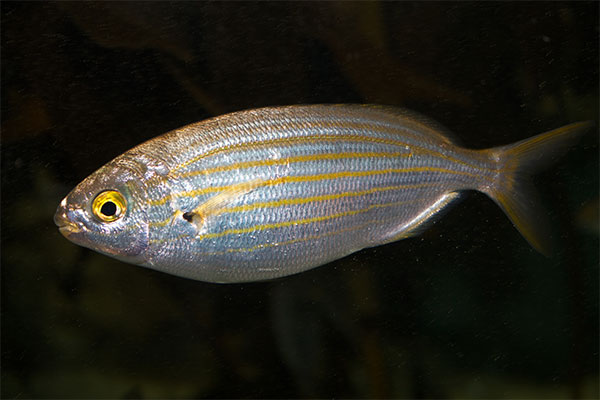 The Salema porgy (formally known as Sarpa salpa) is a fish that can be found commonly in some parts of the world, including most of the Mediterranean, South Africa, Tenerife, and as far north as Great Britain.

When eaten, it can have hallucinogen effects on humans, including auditory hallucinations with lucid nightmares for several days after.

To the Arabic world, it's known as "the fish that makes dreams" and during the Roman Empire, it was reportedly used as a party drug - possibly used as an equivalent to today's LSD.

Christian Rätsch, a German anthropologist, speculates that the fish can sometimes be hallucinogenic because they consume algae and plankton that contain DMT, a potent psychedelic compound.