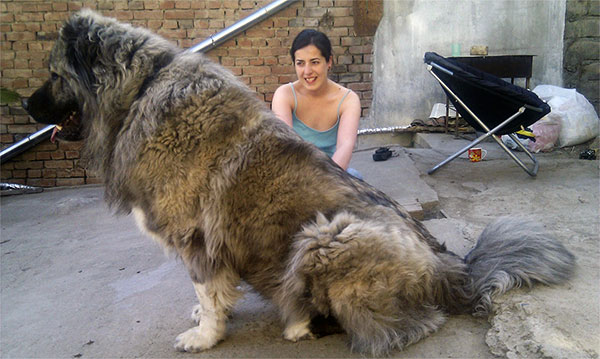 Bred for their strength and ferocity, Caucasian Shepherd Dogs (also known as Russian Bear Dogs) are huge and were historically used to hunt bears and protect against the fiercest of predators.

The males of this breed can reach about 200lbs (14 stone) in weight and also have a large have an appetitite, eating two large bowls of food a day, according to one breeder who sells them. He also claims that contrary to their appearance, they get on well with kids and other animals such as goats.

They're popular in Russia and various neighbouring countries, but breeders can be found internationally.

Historically, they were used for hunting bears, killing wolves, and guarding livestock. Nowadays, they're mostly used as people companions and watchdogs.