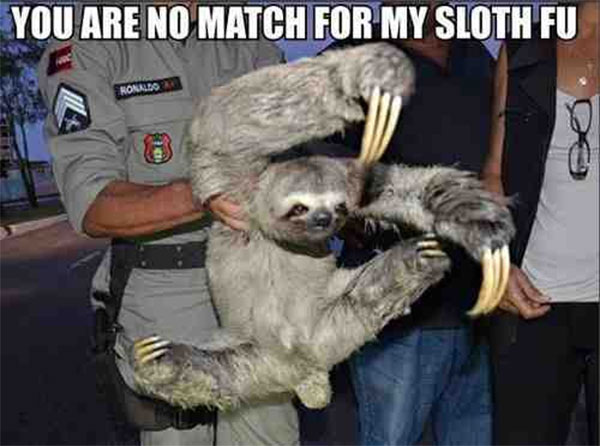 Sloths are crazy popular in popular culture, spawning funny memes that can often be found in ones Facebook news feed. Not only do they look pretty funky and cute, but they're also incredibly slow and feature many interesting characteristics - the most peculiar and mysterious of which is the sloths toileting habits.

They spend most of their time in the trees, but once a week, they venture down to alleviate themselves. That's right: only once a week do they poop.

When they eventually go for a number 2, they perform what's humorously been dubbed as the 'poop dance.' This peculiar ritual involves the sloth wiggling its butt in an ostensible dance.

It isn't fully understood why they do this strange routine, but it is speculated that they pick up minerals which they don't get when digesting food. It's also suggested that they're fertilizing trees, or perhaps they simply have an irritation from the various creatures and parasites that inhabit the sloth's fur.

Sloths are very slow creatures, clocking in at 0.24km per hour. They're so slow that it's not uncommon for them to become coated in a layer of algae and even become the home of moth larvae.