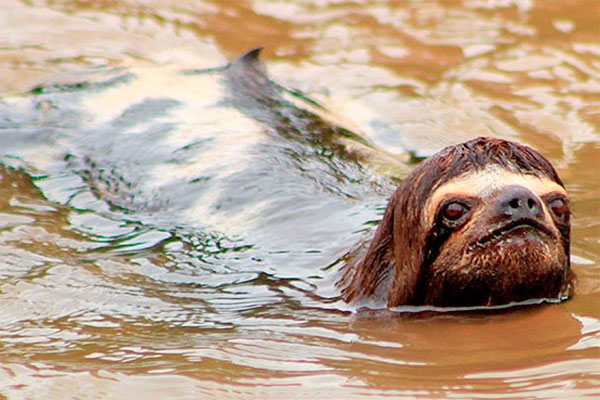 Sloths are really quite majestic creatures. They are well-known for their snail-pace, but that all changes when they hit the surf, as they can swim up to three times faster than they can move when on dry land.

As logic dictates, this isn't just because the water is cold; it prevents them from drowning - just imagine if they entered the water at their usual crawl speed!

Sloths are solitary animals that live in trees and can be found in places such as Panama and Brazil.

They move so slowly because they have an extremely low metabolic rate, which means they can survive on relatively little food.

Their diet consists of leaves, twigs, and buds and they sleep 15 hours a day while only moving an average of 41 yards per day, which suits their life in the tree tops just fine. Ahh, that's the life.