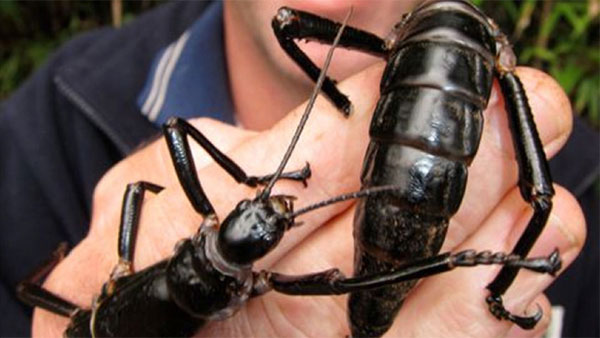 Protruding out of the ocean just east of Australia is an island called Ball's Pyramid, a relatively small rocky island that rises higher than the Empire State Building.

In 2001, scientists investigated the island and made an interesting discovery: there dwells a population of dryococelus australis, also known as the tree lobster, which is a species of stick insect that was thought to be extinct.

Before returning, the scientists collected a breeding pair and since then, Melbourne Zoo claims to have bred over 9,000 tree lobsters.

Tree lobsters can measure up to 15 centimeters, weighing around 25 grams. Males and females form a bond, which is very unusual for insects. Adding to that, the males subsequentlu follow the females and do things based on what the female is doing.