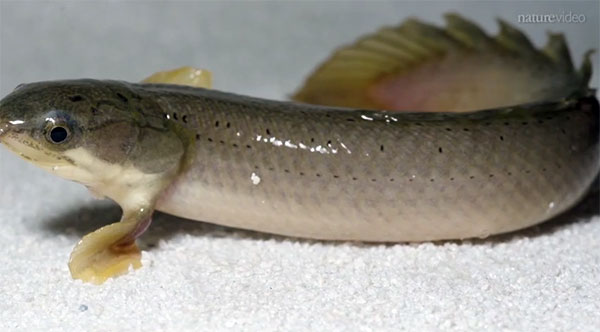 In an eye-opening demonstration of nature's adaptability and a humble nod to evolution, scientists managed to successfully train a group of fish to survive on land and even walk around.

The experiment was a kind of fast-tracked demonstration of evolution to simulate what happened when the animals first emerged from the sea.

The researchers from the McGill University in Canada used 111 young Polypterus senegalus - an African fish also known as a "dinosaur eel" - for the experiment, because they are quite similar to the ancient fish that evolved to walk on land 400 million years ago. They already have the capacity to walk on land and breathe air.

They wanted to see how the fish compared physically and behaviorally to the ancient fish, which we know from fossilised records, after the adaptation.

The environment used for the experiment contained mesh flooring which was covered with pebbles, with 3 mm of water so they didn't dry out.