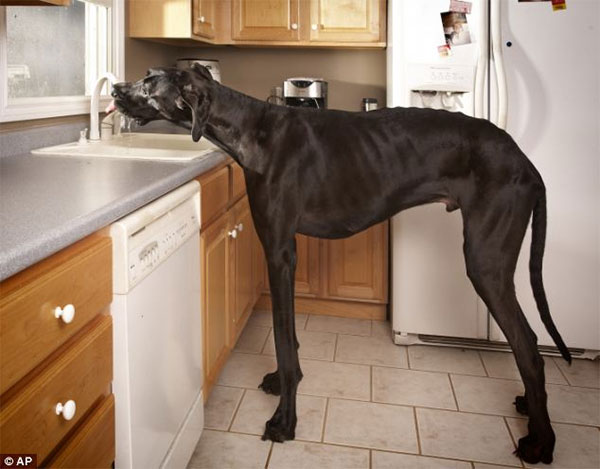 Zeus was a Great Dane who held the record for being the world's tallest dog, according to the 2012 and 2013 editions of the Guinness Book of World Records.

Zeus beat the previous record holder, Giant George, also a Great Dane, by 1 inch. Soon after his official measuring, Zeus became famous around the world and didn't shy from the many photo opportunities he received. He even became a therapy dog, visiting schools and hospitals around Kalamazoo.

His owners claimed that people, especially smaller children, mistook Zeus for a horse:

‘We [would] frequently get: "Hey do you have a saddle for that horse?” or “Is that a dog or is that a pony?” some people are just floored. It was very amusing.’

Unfortunately, in 2014, Zeus's owners announced that he'd died of natural causes at the young age of 5, shortly before his sixth birthday.