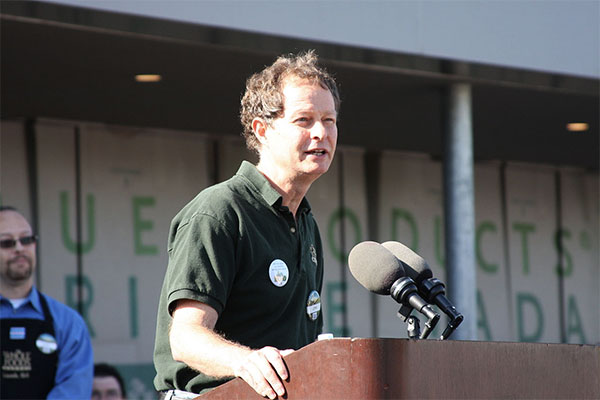 There's been a string of good deeds done by people high up in the business world, such as Lenovo's Yang Yuanqing who redistributed his $3m bonus to his employees, and not to mention Ikea's Ingvar Kamprad who catches the public bus to work, despite being one of the top ten richest men in the world.

Up there with the top, however, must be Whole Food's John Mackey, who, in 2006, announced that he was going to reduce his salary to $1 a year, donate his stocks to charity, and setup an emergency fund for staff facing personal problems.

I am now 53 years old and I have reached a place in my life where I no longer want to work for money, but simply for the joy of the work itself and to better answer the call to service that I feel so clearly in my own heart.

He also lobbied for executive wage caps at Whole Foods and oversaw the company as it became the first company to pioneer humane animal treatment.

Mackey, a born in 1953, studied philosphy and religion at the Trinity University and the University of Texas in the 1970s. He started his career working at a vegetarian co-op. He credits learning as the main reason he was so successful in business.

Despite having millions in the bank and a company with a market value of over $11bn, he reportedly drives a five-year-old Honda Civic, rents the cheapest accomodation, and flies on commercial airlines.