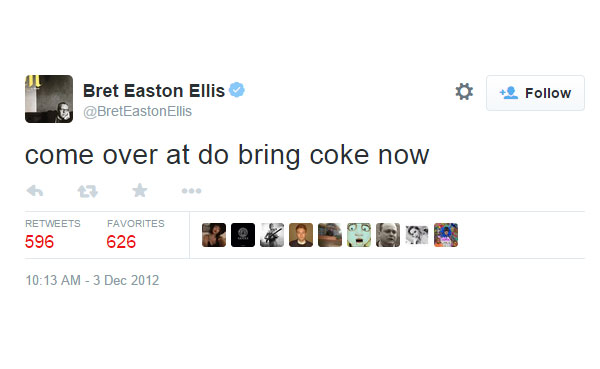 In what must be one of celebrities' worst nightmares, Bret Easton Ellis accidentally sent his request for cocaine as a public tweet instead of to his drug dealer.

The L.A.-based American Psycho writer, who had around 350k followers at the time, sent the tweet on the morning of Dec 3, 2012, after ranting about the Oscars.