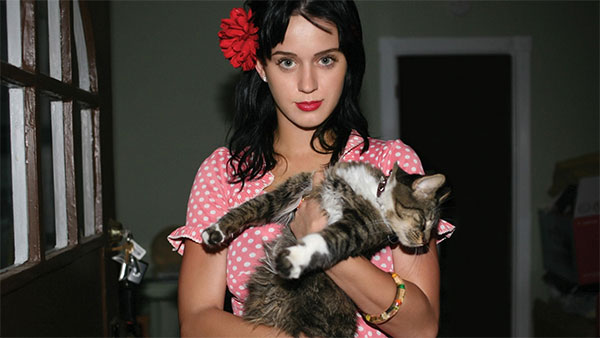 Katy Perry has a side kick: a cat that is appropriately named Kitty Purry.

The cat, apparently a Maine Coon, reportedly doesn't have any special powers, but likes to sleep, eat, play, and endure weird haircuts that the singer imposes upon it.

Kitty Purry has grown in popularity since being revealed by the singer, with fans even nominating her for "best celebrity cat" at a teen choice award.

The Main Coon is distinguished by large bones, a rectangular body, and a long coat. They're one of the oldest breeds of cat native to North America. They're described as having a gentle temprament and high intelligence.