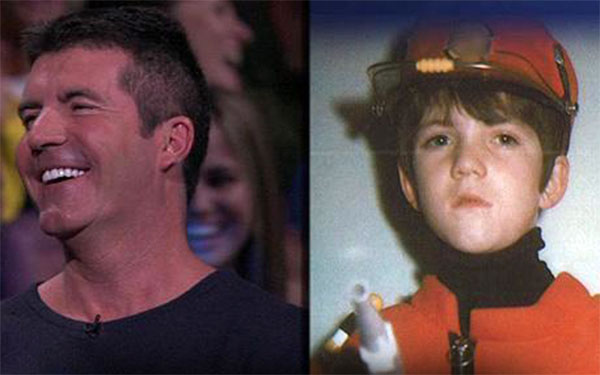 Simon Cowell is famous for TV programs like American Idol and has become an iconic British celebrity of the music industry. As various contestants on American Idol were being targeted for their recent criminal pasts, Cowell revealed that he too has an untarnished past.

At the fresh age of 12, along with a friend, he was arrested for hijacking a bus... with a toy pea-shooting gun that had a range of a few feet.

Cowell recounted the incident: "When I was 12 years old, I hijacked a bus with a pea gun. It's a gun that fires peas and they go about six feet. Myself and a friend were going on a bus and we thought it would be a joke to put the gun to the driver's head and say take us to where we were going. He believed us and I remember sitting on the bus thinking, 'God, this guy's really playing along with this well,' because he didn't stop for 20 miles. We got to the other end and there were police cars waiting for us and they threw us in jail."

During the subsequent investigation, Scotland Yard detectives found out that they had only been using pea guns, and suffered no legal repercussions. However, Cowell's Mum was less sympathetic: "my mum turned up with my dad and she had me picking up stones on a farm for a week as my punishment."