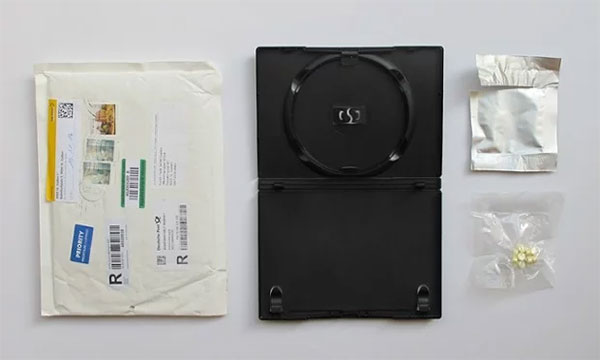 The darkweb is could be considered the outlands of the internet, where absolute anonymity is pivotal to its concept. It was the anonymity that gave rise to the term 'darkweb,' because the underworld and societal taboos found their place on the internet to do business and commune.

The 'Random Darknet Shopper' is a fully automated robot that was created by a group called !MEDIENGRUPPE BITNIK as a "live artwork". It is run off a laptop and has an allocation of US$100-worth of bitcons every week to buy whatever it chooses on the darkweb. With the darkweb infamous for its trade that the normal internet and real world do not permit, it wasn't long until the bot landed in hot water.

Typically, the robot ordered not-so-incriminating items such as cigarettes, Nike trainers, fake luxury items, and the sorts. It also bagged some controversial items, such as a baseball cap with a hidden camera, a stash can, and even a set of fire brigade's master keys. However, there indeed came a day when the robot ordered something totally illegal - 10 ecstasy pills, that were delivered as if ordered from a normal online retailer, to the bot's creator.

Subsequently, those responsible for the bot were arrested and the laptop on which it ran was confiscated by police. After closer inspection, they were released without charge, with the prosecutors concluding that the purchase and posession of ecstasy by the bot was "a reasonable means for the purpose of sparking public debate about questions related to the exhibition."