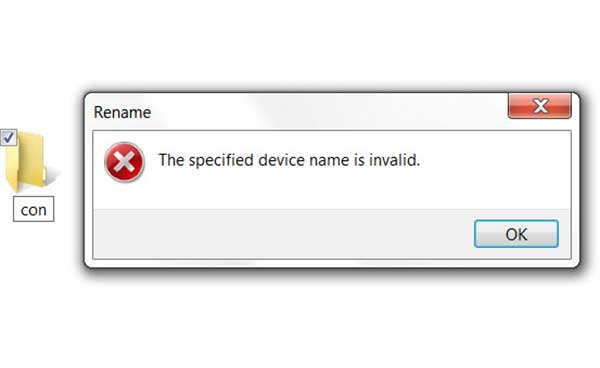 If you've ever tried giving a folder the name of 'con' on a Windows machine, you'll know that the system will throw an error message, claiming that the name is 'invalid'.

The reason for this is simple: It's a reserved word in the Windows system that's been in place since MS-DOS, which has a number of other reserved words for system device drivers. Microsoft provide a list and their associated function on their website:

According to a thread on StackOverflow, it is indeed possible to work around the system and use one of these names for a folder. Simply open the command prompt by running 'cmd', then type into the console:

This will create a folder named 'con' on your C drive. Modify where appropriate. To remove the new folder, you should run the following command: