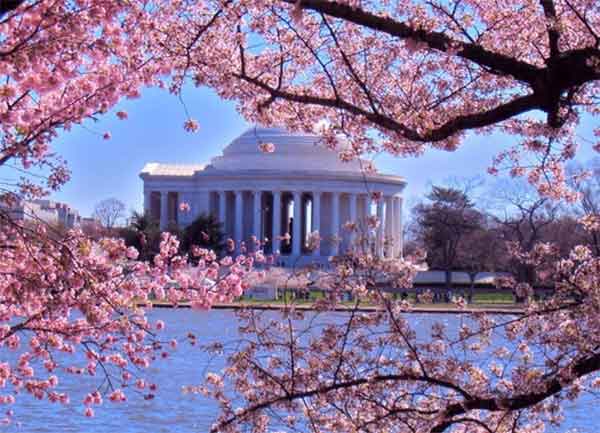 The pink cherry blossom is a springtime beauty in Japan that is renowned both nationally and around the world.

In 1912, almost 30 years prior to the USA entering World War 2 in the Pacific theatre, the Japanese government sent the U.S. 3,000 cherry blossom seeds as a symbol of the countries' growing friendship.

This came after the first batch of seeds that didn't fair very well, with some containing roundworm and insects, and the trees were ordered to be burned. To save diplomatic face, the U.S. secretary of state promptly sent his regrets to the Japanese diplomatic mission.

Sometime later, in 1912, Japan sent 3,000 healthy seeds that form the trees that you can see today in Washington D.C..

Since then, cherry blossom trees have found their way throughout parts of America, such as the Brooklyn Botanic Garden's cherry walk that was planted in 1921.