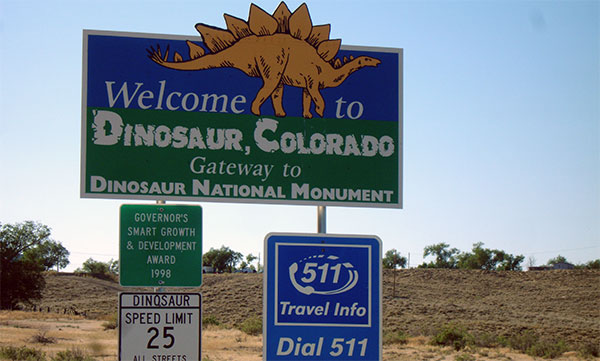 Originally called Artesia, the town changed its name to Dinosaur in 1966 to associate itself with the nearby Dinosaur National Monument, a scenic location that's famous for its rich prehistoric assets.

Many of the streets are named after dinosaurs, including Brontosaurus Boulevard, Triceratops Terrace, Plateosaurus Place, Camptosaurus Crescent, and Antrodemus Alley.

The town of Dinosaur has also been featured in popular culture, appearing in a 2009 issue of the Dark Avengers comic as the location of a portal that consumes the comic book's superheroes.