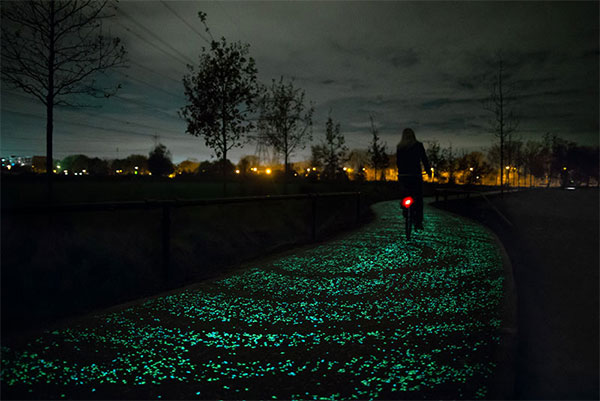 The first glow-in-the-dark cycle path in the world has opened and is available to the public for free.

It has been named after the famous artist Vincent Van Gogh and is located in the town of Nuenen. The designer of the path, Dutch artist and innovator Daan Roosegarde, took inspiration for it from Van Gogh's "Starry Night" painting.

The bike path was opened in the wake of cultural activities to mark the 125th anniversary of Van Gogh's death.

It runs through the North Brabant Province, Van Gogh's home town, and the route measures in at 335 km (280 miles).

Charged during the day, the road has a photoluminscent coat of paint that's embedded with small solar-powered LEDs.