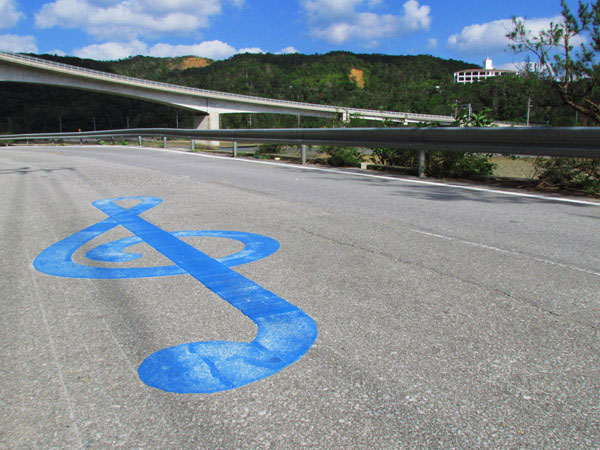 Japan is bustling with innovation, and now it seems that even the roads cannot escape it.

A team of engineers and specialists from the Hokkaido Industrial Research Institute has constructed a number of roads, dubbed "melody roads," that use passing cars' tires to play music as they travel over them.

The roads feature cleverly laid out grooves. Given the cars are going the correct speed of a mere 28 mph, they will play the intended tune. Think of this as similar to when you're traveling over a series of small bumps in the car, such as a cattle grid.

Motorists are notified of an upcoming musical road by a musical note marking in the road. When done correctly, the tunes last about 30 seconds.

In 2007, The Guardian reported that there were 3 of these musical roads in central and northern Japan.

The project was reportedly the brainchild of Shizuo Shinoda, who drove over some markings that he'd accidentally made in the road with a bulldozer and noticed that they produced different tones.