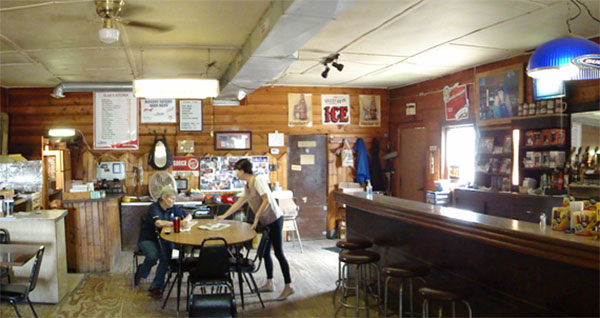 It seems that the U.S.A. has a number of peculiar places, such as the town of Dinosaur and the towns humorously named Licking and Butts.

Add one more to the list; Monowi in Boyd County, Nebraska. Sounds normal, right? Except for the fact that it has a population of one, and that person just so happens to be the mayor who pays taxes to herself.

Although the town only has a single occupant, Elsie Eiler, it features a tavern, for which Eiler granted herself a liquor license. There's also a library that was founded in memory of Mr. Eiler.

After her husband died sometime after the 2000 census - before which, the town had a population of 2 - Mrs. Eiler became the sole citizen of the town of Monowi.

In its heyday in the 1930s, Monowi had a population of 150. The population dwindled as the local populace were increasingly drawn to the more populated cities where there was an abundance of opportunity.

The name "Monowi" means "flower" in an unidentified Native American language, reportedly because of the prevalance of the many wildflowers there.