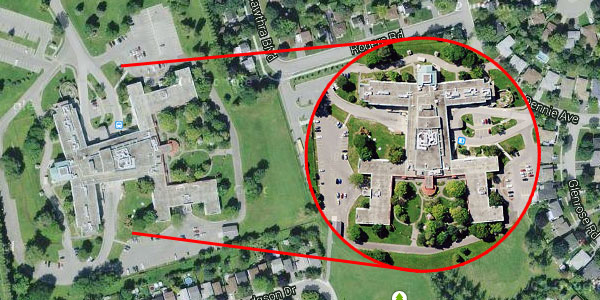 Aerial photographs have emerged of the Newmarket Health Centre that appear to show that the building has a man-shaped design, complete with what appears to be a penis.

The building takes the appearance of a man with open arms and detailed legs that feature kneecaps and feet. Between the legs of the said man is what appears to be a male genitalia.

Coincidentally, it's reported that the phallic-appearing area of the building actually houses an STI clinic, which visitors must enter through the groin area.

The building forms the Newmarket Health Centre which is located in Ontario's Newmarket neighborhood. Locals believe that the design was accidental, being the result of a series of extensions to the building.