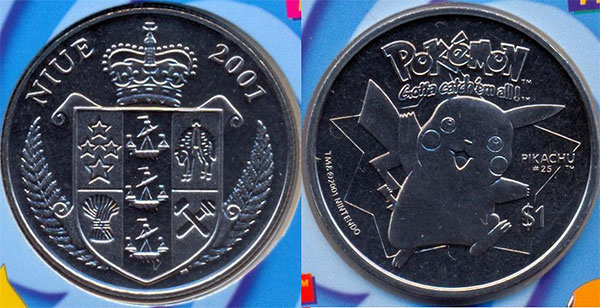 Niue is an island country that is located in the South Pacific Ocean. Before the introduction of the New Zealand dollar, they used Pound Sterling as their currency.

In 2001, the Niue mint issued a set of 5 collectible coins that featured Pokemon on the side opposite to the coat of arms. The Pokemon featured were Pikachu, Squirtle, Meowth, Bulbasaur, and Charmander. In 2002, there was a special Mewtwo coin released. All are classified as legal tender, meaning that they're real, spendable coins.

The coins have since become popular with collectors and enthusiasts alike, sometimes selling for hundreds of dollars. 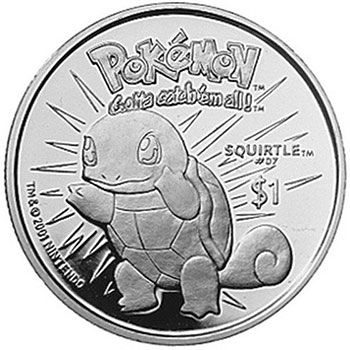 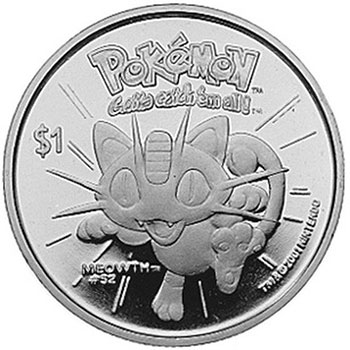 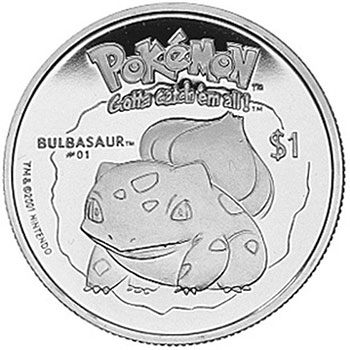 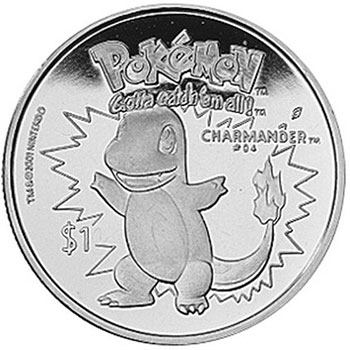 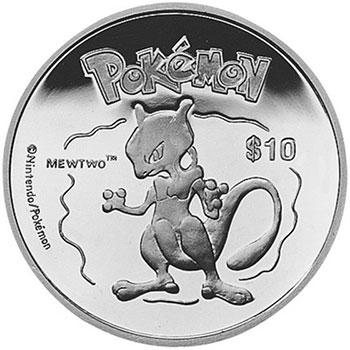