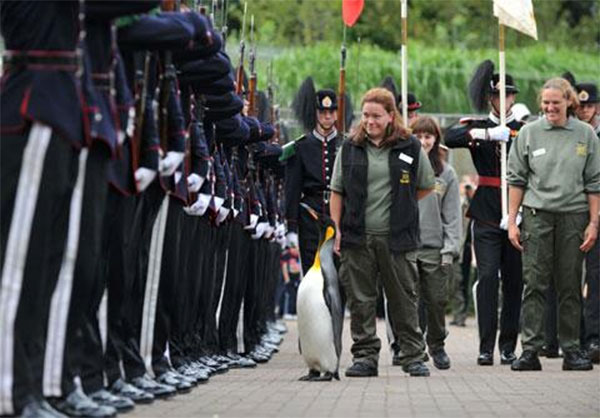 Sir Nils Olav is Colonel-in-Chief of Norway's Royal Guard. The one thing that you wouldn't expect, however, is that Nils is actually a king penguin who lives in Edinburgh Zoo, Scotland.

Nils was named after the organiser of the adoption, Major Nils Egelien, and Norway's then-King Olav.

In 2008, Nils was even presented with a knighthood by King Harald V, the King of Norway, in a lavish ceremony that was attended by hundreds of people, including 130 Guardsmen. According to the zoo, Nils was on his best behavior all day and "stood proud" as he was knighted.

Edinburgh Zoo and Norway have had good relations for many years and Nils is held in high regard amongst Norwegian Guardsman. He is visited every few years by the Guardsmen while they are performing at Edinburgh's Military Tattoo.