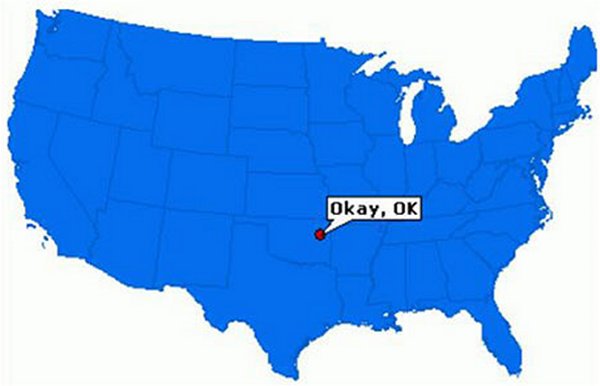 There are some pretty unique place names in the world, such as Dinosaur, Colorado, which features streets named after dinosaurs, and the towns of 'Licking' and 'Butts.'

Another one to add to the list is the town of Okay, Oklahoma, which, when abbreviated, reads as a laid-back 'Okay, OK.'

Okay is a fairly quiet town located along the Verdigris River, Wagoner County, and has a population of 620 according to the 2010 census. The town has a total area of 2.1 square kilometers.

The majority of residents are white American, but the town also holds the residency of a large portion of Native Americans, who account for 21.27% of Okay's population.