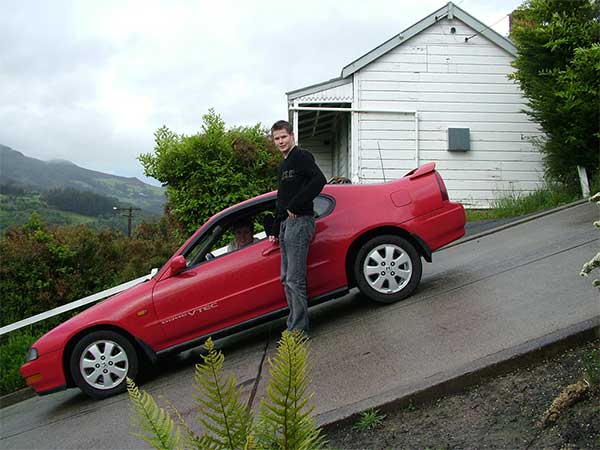 Measuring about a fifth of a mile in length, Baldwin Street begins at a moderate steepness, but increases into an intimidating 35% grade at its steepest stretch. For the average person, every step taken takes you a foot higher in elevation.

Other than being an extraordinarily steep, record-holding street, it is an ordinary residential area that is lined with people's homes. To residents, scaling the Signal Hill slope on the steepest street in the world to go to work or the supermarket is a normal part of life.

Tourists, however, are warned with a sign at the bottom of the street that strongly advises against accessing it via car.