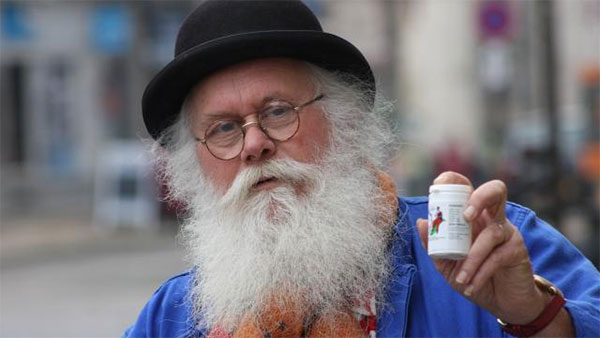 Everybody farts - even women, who fart just as much as men. For some, however, room evacuations after a spell of toxic wind can be a problem.

A frenchman named Christian Poincheval, a 65-year-old who goes by the name Lutin Malin (Evil Leprechaun), has come up with just the solution: pills that perfume your farts.

He came up with the novel idea after a rather off-smelling experience while dining with flatulent friends. "Our farts were so smelly we nearly suffocated. Something had to be done." he said.

Malin sees sales rise at Christmas and have proven a popular Christmas gift.

Know someone who could do with some? They cost €9.99 and are shipped internationally.